A huge choir of 75 students from Kent-based Bishop Challoner School were invited to record at the Voice In A Million Studios today.  The choir, who participated at the London 02 Arena concert, which took place on 28th January 2010, had won their recording opportunity as their school were the lucky prize winners having collectively sold the most amount of audience tickets for the 02 show.

The London 02 Arena concert was the first of many planned concerts across the UK raising awareness of the British Association For Adoption & Fostering (BAAF). 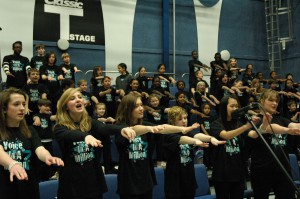 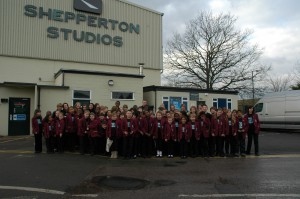