Available worldwide from www.voiceinamillion.com or from iTunes and all online download stores…. 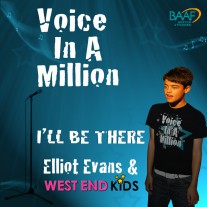 ‘Britain’s Got Talent’ star Elliot Evans, from the family group Good Evans has recorded Michael Jackson’s ‘I’ll Be  there’ with the ‘West End Kids’ vocal group in support of the British Association For Adoption & Fostering (BAAF) and National Adoption Week.

Elliot Evans will be performing ‘I’ll Be There’, supported by a 4,000 strong children’s choir, the song that took him to  stardom on the hit TV show ‘Britain’s Got Talent’ at the Voice In A Million event, live at the 02 Arena, London on 28th January 2010. 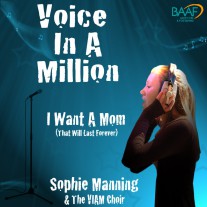 Artist: Sophie Manning & The Voice In A Million Choir
Title: I Want A Mom (That Will Last Forever)
Download Released: 9th Nov 2009

The beautiful voice of teenager Sophie Manning has recorded the Cyndi Lauper penned song ‘I Want A Mom (That Will Last Forever)’.

The track is also set for release during National Adoption Week and Sophie Manning has been selected to perform the track with the Voice In A Million Choir at the 02 Arena, London on 28th January 2010. 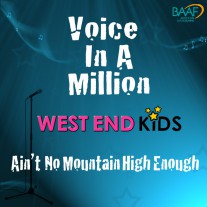 Members of the famous “West End Kids” Company from the West End of London have recorded a fresh version of the smash hit ‘Ain’t No Mountain High Enough’.   The group will perform the song live as part of a featured set at the Voice In A Million event at the London 02 Arena on 28th January 2010, with full choreography.